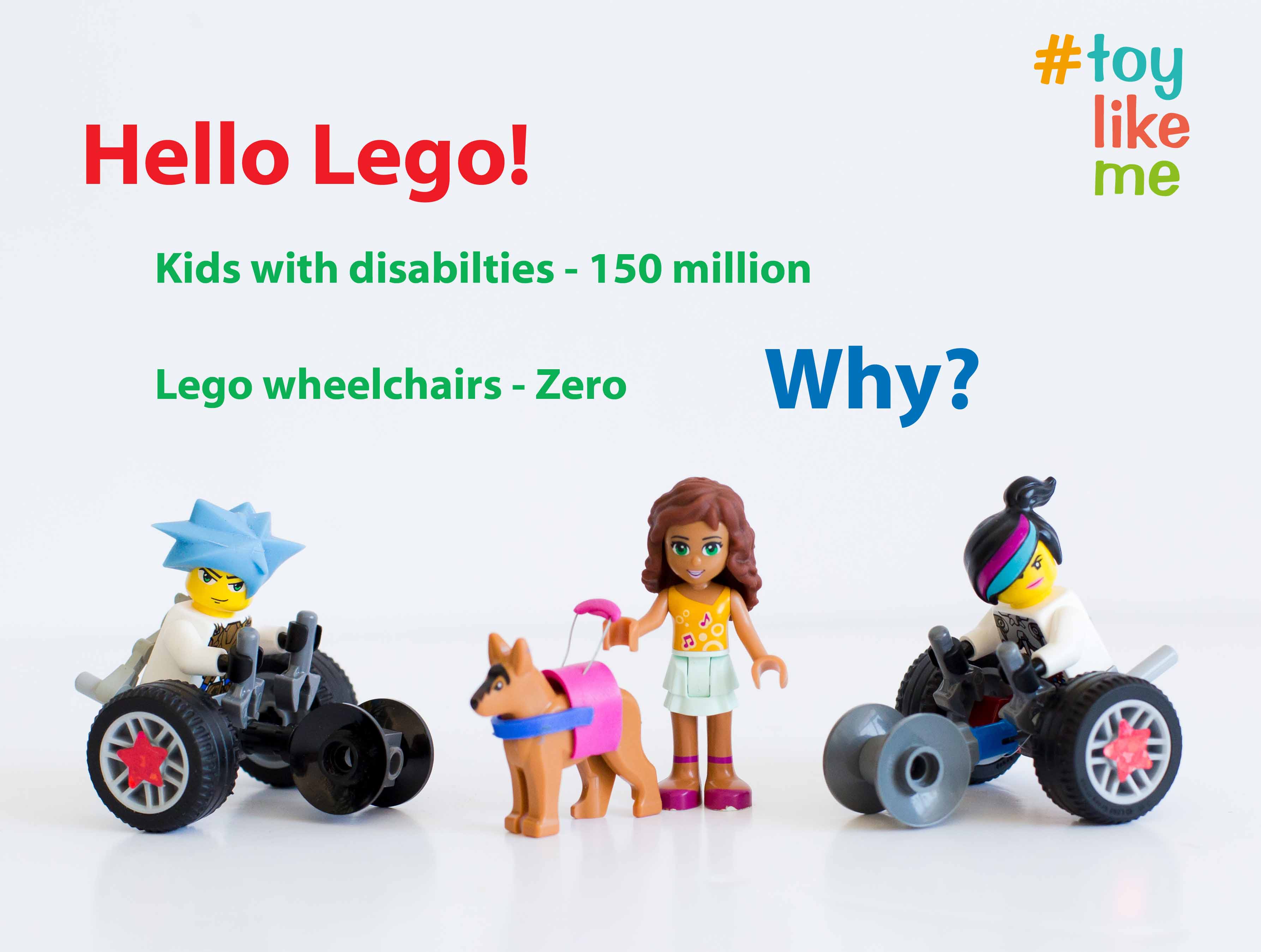 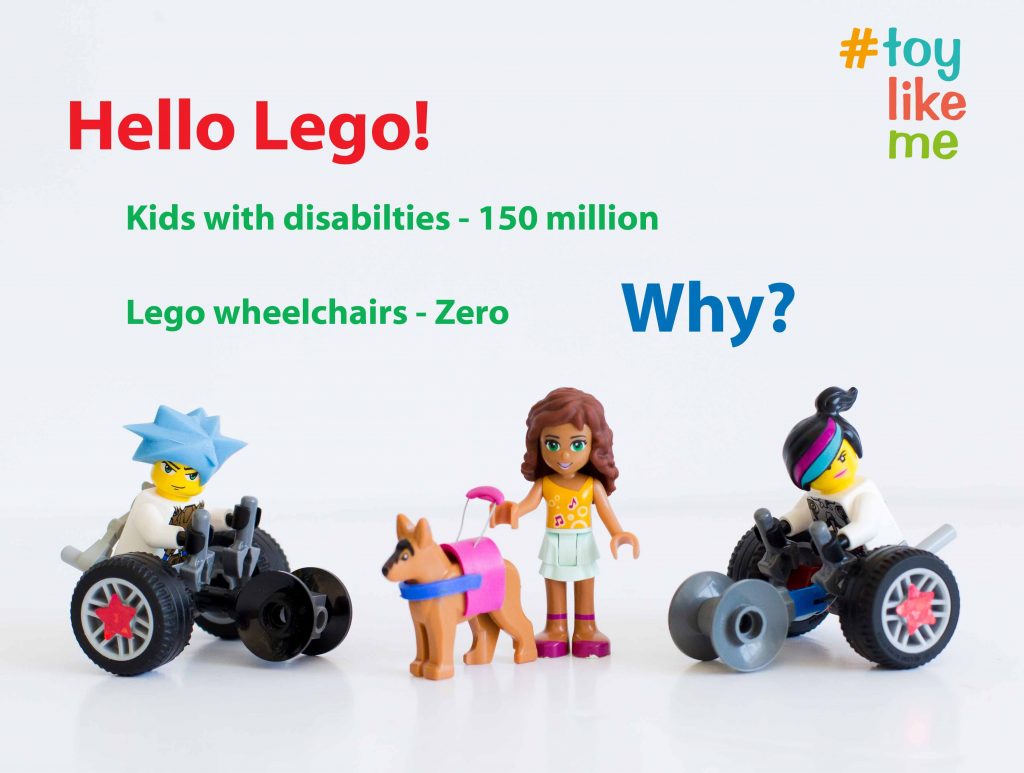 Global toy giants Lego have unveiled their first wheelchair using mini-figure at Nurumberg Toy Fair this week. The figure of a young man using a wheelchair and accompanied by an assistance dog is part of a new Fun in the Park set from Lego and comes after 9 months of lobbying by the #ToyLikeMe group, led by UK journalist and creative disability consultant, Rebecca Atkinson. 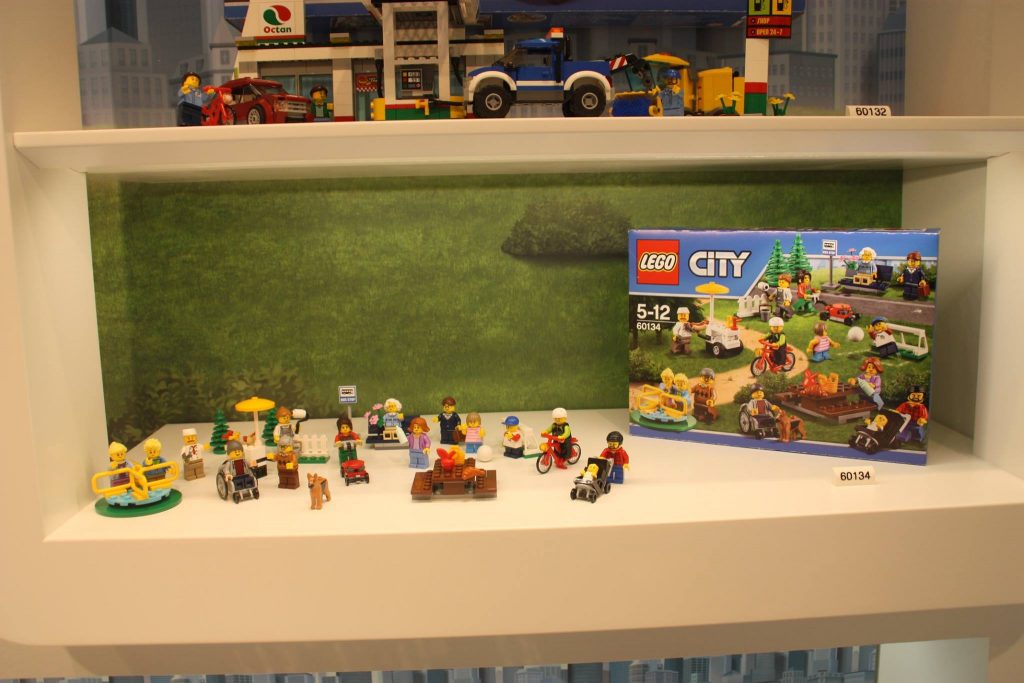 Atkinson, who is herself partially deaf and partially sighted, established the online #ToyLikeMe movement in April 2015 to call on the global toy industry to positively represent 150 million disabled children worldwide. With over 30k followers in 45 countries, Atkinson has since enlisted brands such as Playmobil, Orchard Toys, Lottie dolls and now Lego to her ‘toy box revolution’.

“We are beyond happy right now,” says Atkinson of the news. “Lego have just rocked our brick built world and made 150 million disabled kids, their mums, dads, pet dogs and hamsters very very happy. We’re all conga-ing up and down the street chucking coloured bricks like confetti! But on a serious note, this move by Lego is massive in terms of ending cultural marginalisation, it will speak volumes to children, disabled or otherwise, the world over.”

#ToyLIke me are currently crowd funding to continue their work and grow their organisation to celebrate representation of disability across children’s industries. They plan to create an online hub to connect customers with products which represent disability and keep up pressure on the industry. The crowd fund has already raised 20% of it’s target, four days after launching.

“#ToyLikeMe has received no funding to date,” explains Atkinson. “We’ve called in hundreds of favours since establishing, but if we are going to carry on we need to pull our heads out of the toy box and get some real funding to build on what we have already achieved and change the toy box for disabled children today, and those yet to be born.”